THIS Winter at Platty we’ve had it all: Powder? Check. Spring skiing? We’re on it. Yes, it’s only Christmas week, but the seasons are in full swing.

It’s been sunny and warm and with corn snow and no crowds. This Boxing Day at Platty, there was the Killington snowsports’ employee who’d left Vermont to ski with his family and escape the crowds. Vin Faraci of WhiteRoom Skis was home skiing with his family. Faraci now lives in Northern VT but is from Roxbury and grew up skiing Platty… He makes beautiful wooden skis. And like Platty is dedicated to the soul of skiing… See the entire Faraci lineup: 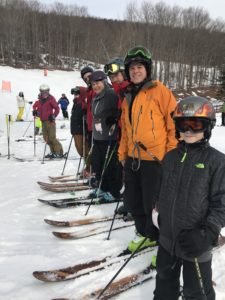 Skiers with all sorts of stories were out: one who grew up skiing Vail (dad worked there) now calls Platty home. Another who works on urban farms and gardens discovered the mountain five years ago (“I came for the airbag and stayed for the charm and steeps,” he said). And then look at the father showing his son and daughter how it’s done…

BTW he has always skied in an LL Bean fisherman’s sweater and I’ve always loved his style. I didn’t grow up skiing at Platty but learned to ski as an adult and discovered the mountain after I’d barely been skiing a year. I still remember my first day pulling into the parking lot and the person who showed me where to park said: “NorthFace, it’s just opened. I was doing turns there over and over the day before.” And that was it for me.

Hopefully we’ll run an interview with Faraci later in the season. He  celebrates going off the beaten path and it’s sweet to see him and his two sons and parents out rocking the beautiful homemade skis. 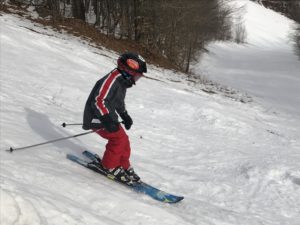 Dropping in on the S… 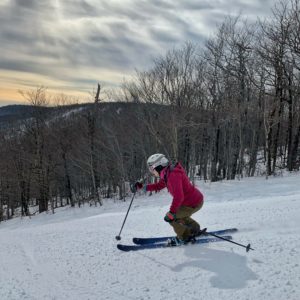